AT&T Mobility workers, members of CWA from California, D.C., Illinois, Massachusetts, Minnesota, New Jersey, and Virginia, traveled to Washington, D.C., to meet with Members of Congress to speak about how AT&T’s offshoring and its third party dealer structure are harming workers and communities. AT&T Mobility workers are currently fighting for a fair contract at AT&T.

As part of the lobby day, CWA President Chris Shelton spoke at a congressional briefing on workers' rights hosted by Reps. Pocan, DeSaulnier, Dingell, and Norcross.

"AT&T recently claimed that for every $1 billion in earnings it would recover from proposed reductions in the corporate tax rate, the company could create 7,000 new jobs," said Shelton. "What they failed to mention is that those jobs will most likely be located in Mexico or the Philippines, or pay $8 an hour in a U.S. authorized dealer retail store. For the record, AT&T's effective federal tax rate was a mere 8% between 2008 and 2015, and during that time it actually reduced its workforce by 80,000."

"Our members are the human reality behind those numbers. And let's be clear: it's not the forces of innovation and automation that are devastating good AT&T jobs in America. AT&T Mobility is deliberately outsourcing and offshoring a huge percentage of its customer service, retail sales, and network operations." 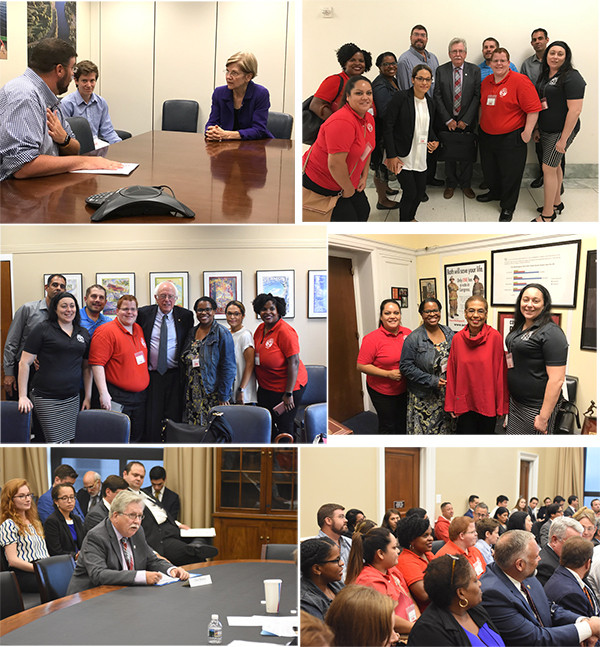