It's been a busy few months for CWA members throughout District 1, capped off on November 6th with some fantastic victories in the Midterm Elections for pro-worker, game-changing candidates. It's true across the country, but nowhere more than in the Northeast: labor was out in force, and we made a huge impact in this election.

Throughout New York, New Jersey, and New England, our members volunteered in record numbers this year to deliver the change we need with several huge victories for candidates committed to fighting for workers.

Click here to take a look at all of the key races we worked hard on and won in each state.

In Connecticut, CWA members engaged in a political mobilization program for the first time and quickly jumped in on several key races for Governor, Congress, and State Senate. We made thousands of calls to voters, sent texts, and spent months knocking doors leading up to Election Day. 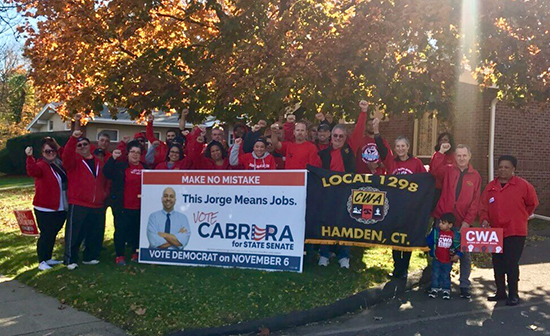 Our efforts helped push Governor Ned Lamont to victory in a hotly contested statewide race. We also secured a state legislature that will truly fight for workers with the election of several union leaders and educators, and helped push Jahana Hayes (CD5) to victory, making her the first African-American woman to represent Connecticut in the U.S. House of Representatives.

The votes for the 17th State Senate District are still being counted, with just a few dozen currently separating Jorge Cabrera, Director of Organizing for the United Food and Commercial Workers, from his opponent. It's a testament to just how important every single vote is, and the difference our members made this year.

In New England, we fought hard in two important Congressional races, writing letters and making phonecalls to voters to get out the vote.

In New Hampshire's CD1, we helped Democrat Chris Pappas hold on to a seat that had previously been held by our friend Carol Shea Porter, ensuring the continuation of a pro-worker Representative for New Hampshire.

Results are still uncertain in Maine's CD2, where Iraq and Afghanistan war vet Jared Golden ended Election Night about 6,000 votes behind anti-union incumbent Bruce Poliquin, out of 284,000 votes cast. But under Maine's recently enacted law mandating so-called "Ranked Choice Voting," voters indicate their second choice on their ballots. If no candidate receives a majority - in this case two independents garnered over 23,000 votes - the second choice votes are distributed to the leading candidates until one of them reaches a majority. The review and recounting of ballots is scheduled to take place next week. 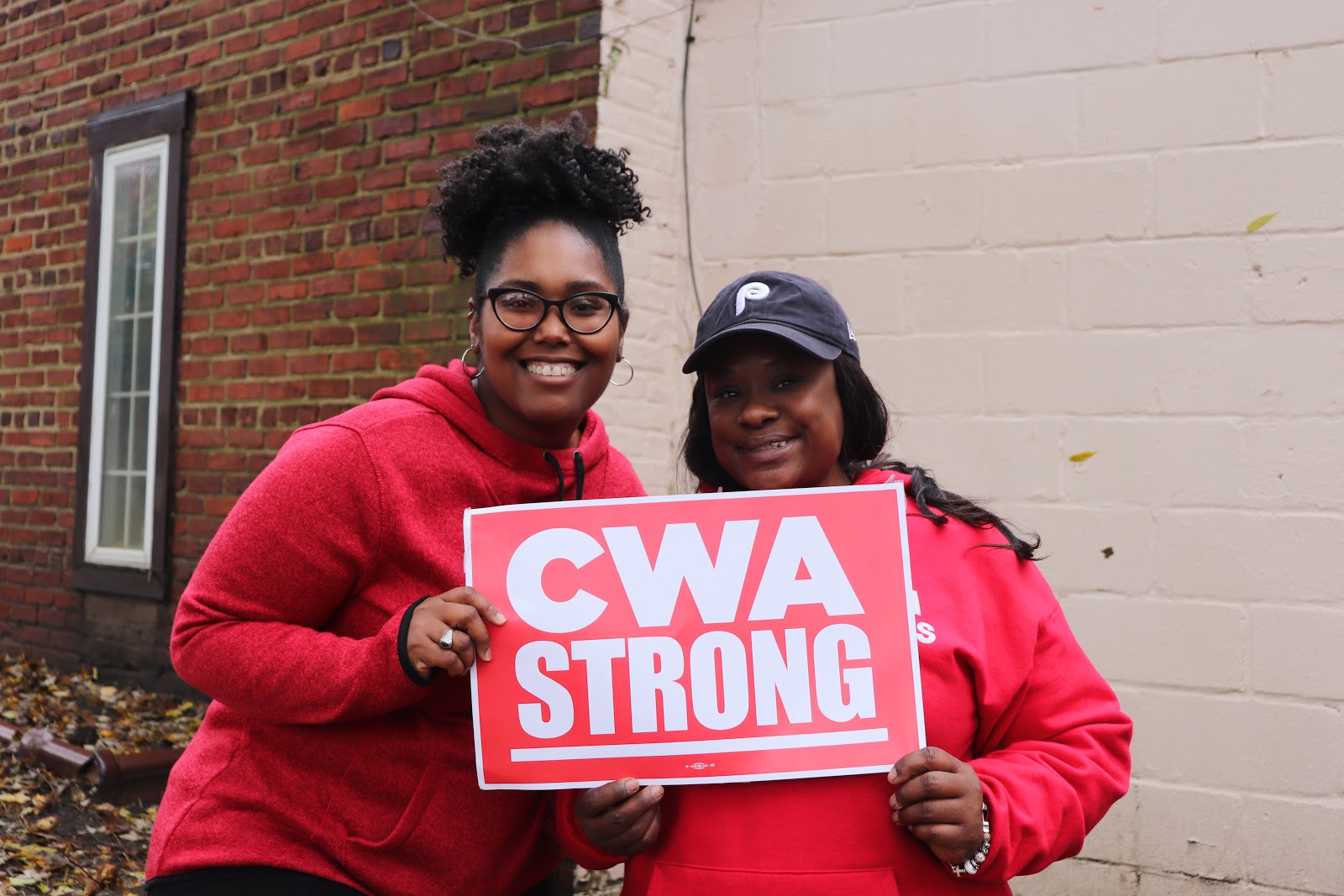 In New Jersey, we had over a thousand volunteer shifts throughout the campaign season and nearly 400 people out on the streets on Election Day despite the driving rain. The result? Victories in three Congressional races (Andy Kim, CD3; Tom Malinowski, CD7; and Mikie Sherrill, CD11), and we protected seven seats in the State legislature.

We also successfully fought off a tough campaign by a big pharma executive who poured millions of dollars into his campaign to challenge Senator Bob Menendez. The victory for Senator Menendez, who has supported workers on strike at Verizon and AT&T Mobility, means a victory for all of New Jersey’s working people.

In Congressional District 3, Andy Kim won by just a few thousand votes, so our efforts quite literally made the difference. 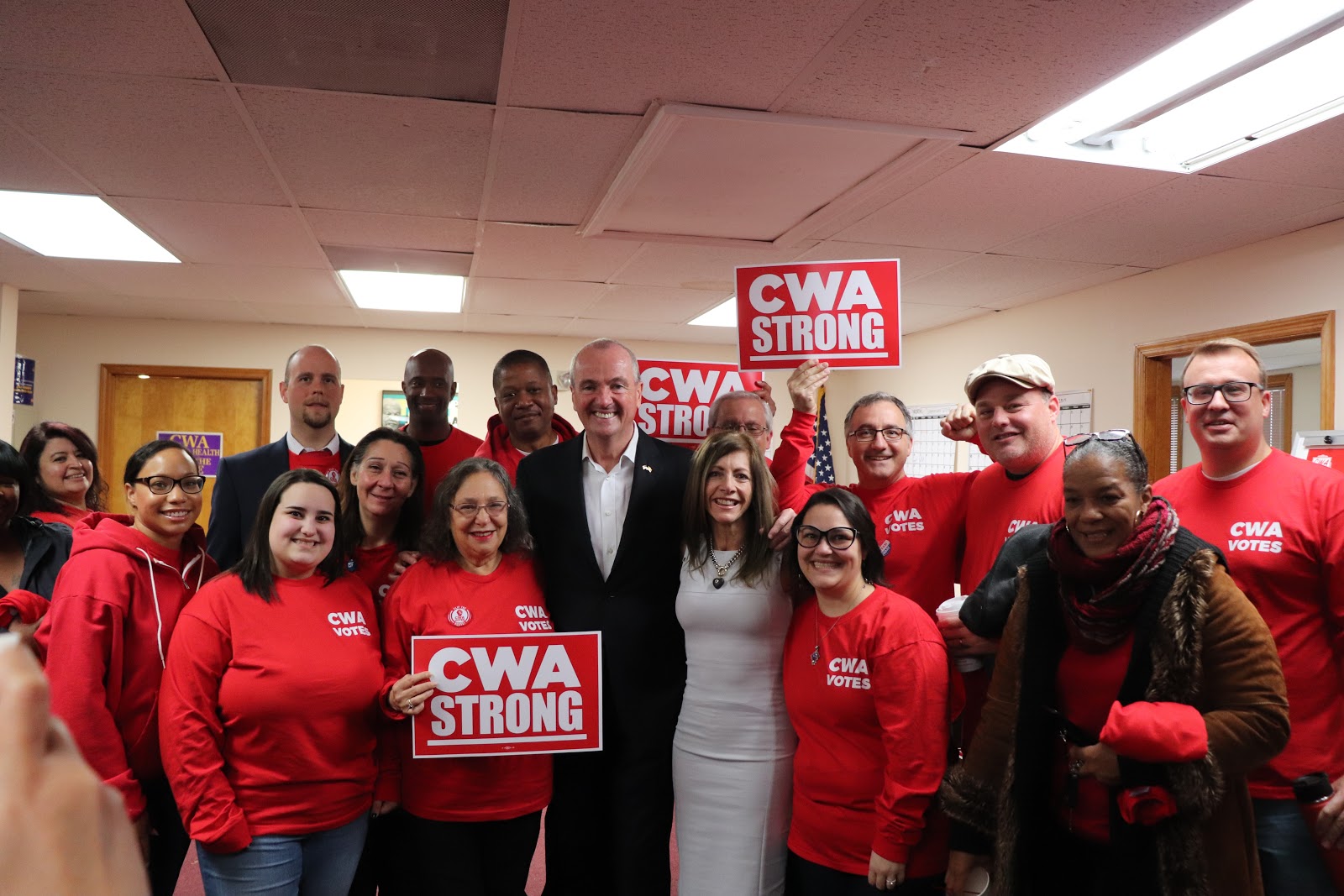 In New York, CWAers made over 600 volunteer shifts in the month of October. On our GOTV Day of Action alone, November 4th, we had more than 80 volunteers knocking on thousands of doors for 15 different campaigns in New York City, the Hudson Valley, Long Island, and Upstate.

We powered through the bad weather on Election Day to make sure every campaign was covered right up until the polls closed, and came away with some commanding victories: re-election of Governor Andrew Cuomo and Comptroller Tom DiNapoli, and election of Tish James as Attorney General, all friends to CWA for years; a strong majority for pro-worker candidates in the State Senate for the first time in a decade; and three Congressional victories in districts that were heavily favored for the incumbent opponents (Max Rose, CD11; Antonio Delgado, CD19; Anthony Brindisi, CD22). 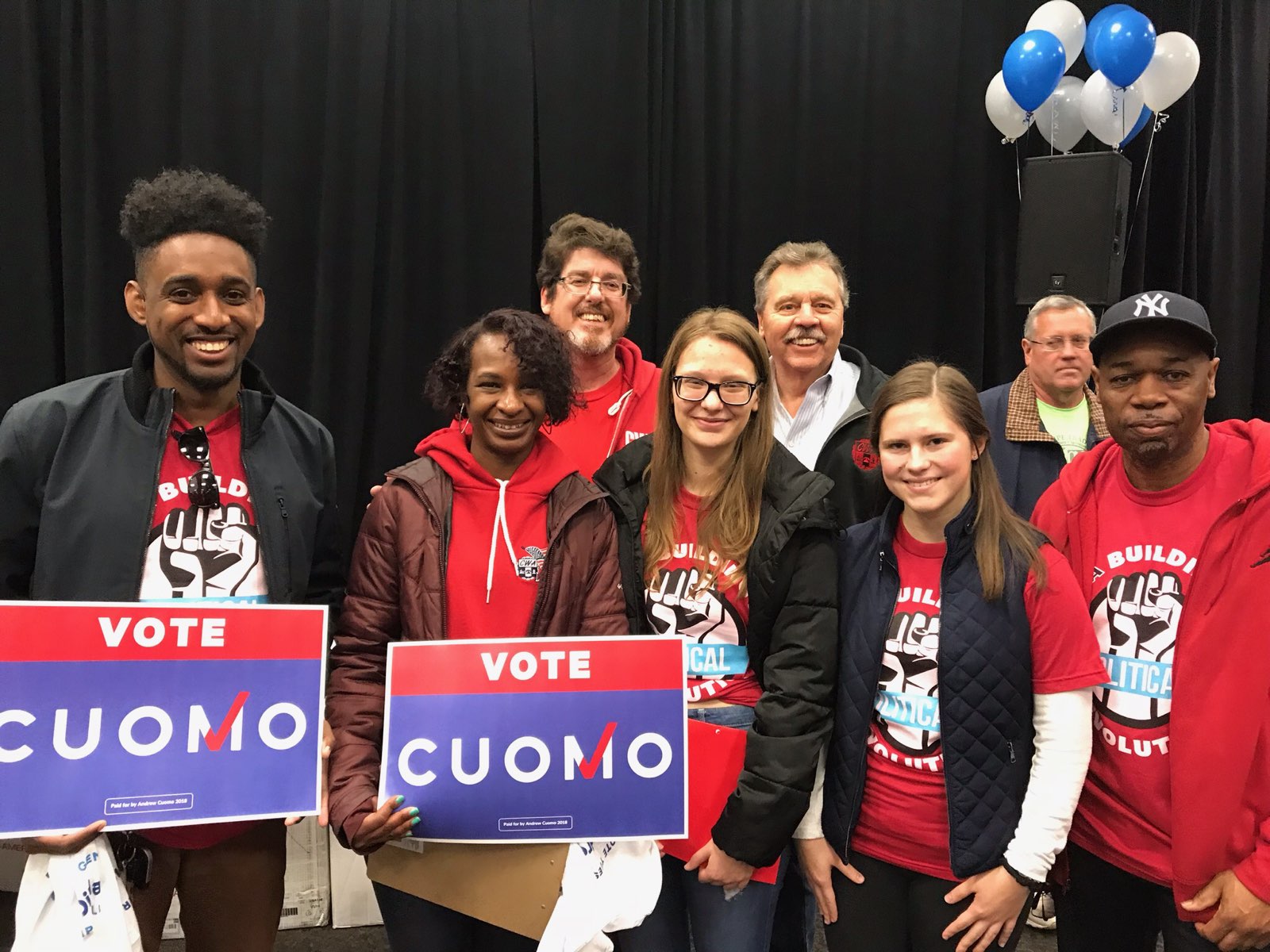 Click here to check out more snapshots from throughout the campaign season!

This election marks a huge shift for working people throughout the country, and especially in District 1. We helped change the face of both the Federal government and our State governments by fighting for fresh faces who are committed to standing with workers.