While many voters will head to the polls in exactly two weeks on November 3rd, Early Voting and vote-by-mail have begun in many states throughout the country already, with millions of votes already cast - which means, in essence, that it’s not that Election Day is November 3rd; Election Day ends November 3rd.

With that in mind, CWA members throughout District 1 have pulled out all the stops to talk to voters about candidates who are committed to fighting for workers. We’re making every single day count through November 3rd.

Our weekly Tuesday Biden/Harris phonebank last week was our biggest one yet, with over 150 CWAers making calls to Pennsylvania! Early voting is happening in PA as we speak, so we're already seeing the direct impact of our work.

On Tuesday we were joined by a very exciting guest, PA State Rep. Malcolm Kenyatta, who won a five-way Primary in 2018 followed by a landslide General Election victory with over 95% of the vote. He became the first openly LGBTQ person of color to be nominated by a major political party for state office in Pennsylvania and won a tough Primary, so he knows firsthand just how important every single vote is. He was also featured earlier this year in a powerful video produced by the Biden campaign - check it out here. 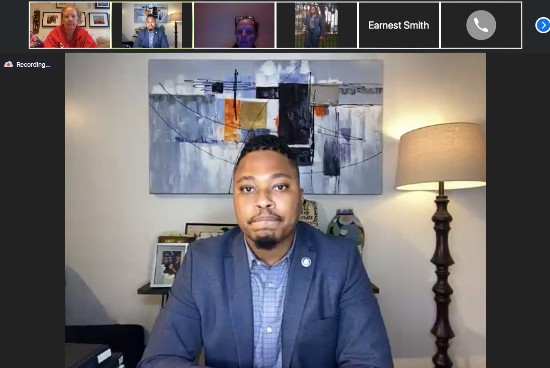 "What you’re doing right now could determine the election."

We had some exciting visitors to our Thursday Regional Phonebanks as well - NY Assemblymember Sean Ryan, running for State Senate in Buffalo (SD-60), joined our Western/Central NY phonebank, while downstate, NY State Senator Monica Martinez (SD-3) hopped on to say hi to our Long Island phonebankers: 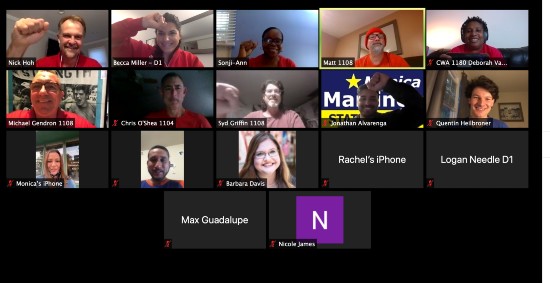 And of course, NY State Senator Pete Harckham (SD-40) made his regular visit to the Harckham phonebank with Local 1103 members and retirees: 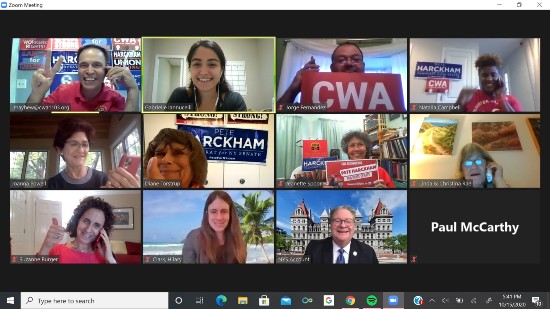 Meanwhile, also on Saturday, Local 1108 members hit the streets to drop off literature for two of our endorsed candidates on Long Island, Laura Jens-Smith for NYS Assembly (AD-2) and Laura Ahearn (SD-1). 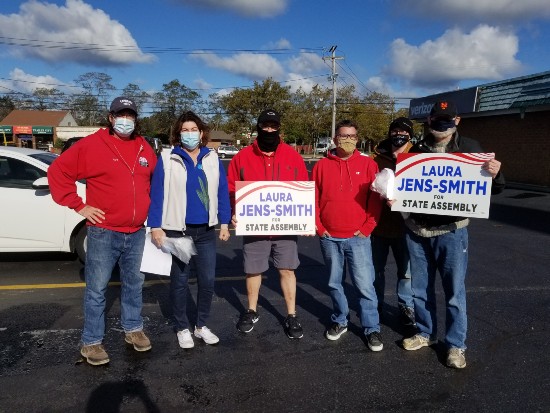