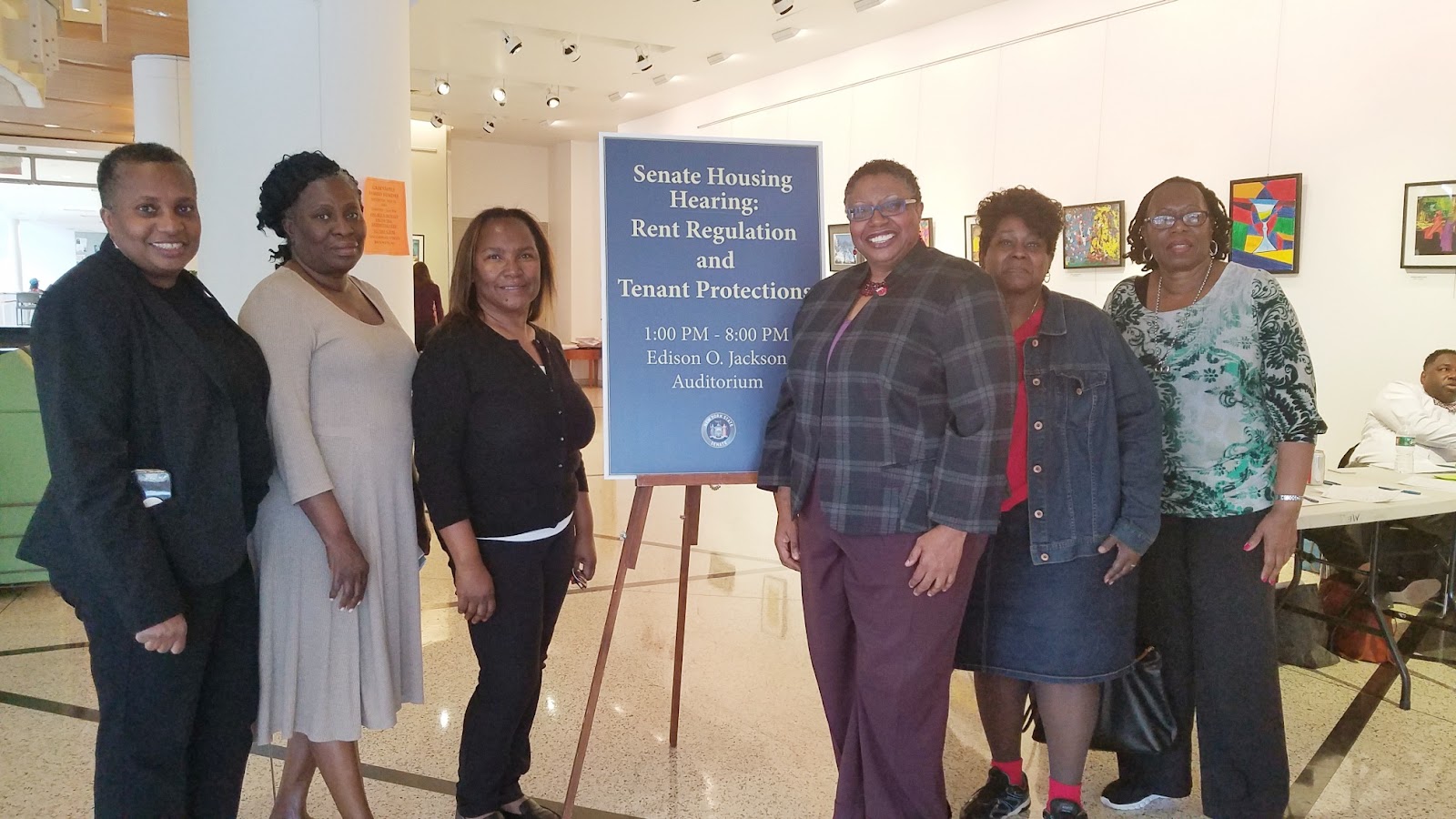 It’s no secret that affordable housing is a vital issue for working families, and with New York City’s rent control laws set to expire on June 15th, CWA Local 1180 members and retirees came out to the Senate Housing Hearing on May 16th ready to fight for housing protections.

The Senate panel addressed rent regulation and tenant protection, and included Senators representing districts from Brooklyn to the Bronx, with several Assemblymembers also in attendance.

Local 1180 and other attendees were met with heated and staunch protesters on the side of landlords and developer. Housing advocates have pushed a package of nine bills in the State legislature to establish universal rent control and eliminate loopholes that allow landlords to raise rents and push everyday people out of their rentals.

“I would not be who I am today if it were not for the protections of rent regulation,” said State Senator Zellnor Myrie, who represents Central Brooklyn and who CWA helped elect back in November. “So this is an issue that is very, very personal to me.”

Two more public hearings are scheduled in the upcoming weeks before the June 15th deadline.