Big news in Connecticut: after years of organizing and campaigning by workers, unions, and community groups, the Connecticut legislature voted this month to raise the state’s minimum wage to $15 per hour!

Local 1298 members have been making regular trips to Hartford to fight for their fellow workers, speaking with legislators and testifying before hearing committees to make sure our elected officials understand: fair, livable wages for all workers benefit not just the workers themselves, but the entire community.

The Connecticut State House voted on May 9th to pass the bill, led by bill sponsor and friend to CWA Representative Robyn Porter. Rep. Porter who gave a heroic effort to make sure that the bill passed, standing for 14 hours on the House floor to answer questions and advocate for Connecticut’s workers. The State Senate followed suit last week with a vote to pass the bill on May 17, at about 3am, following a marathon session.

The current $10.10 minimum wage will increase to $15 by June, 2023, and then requires it to be indexed to the rate of inflation, meaning workers won't have to continuously fight for minimum wage increases going forward. 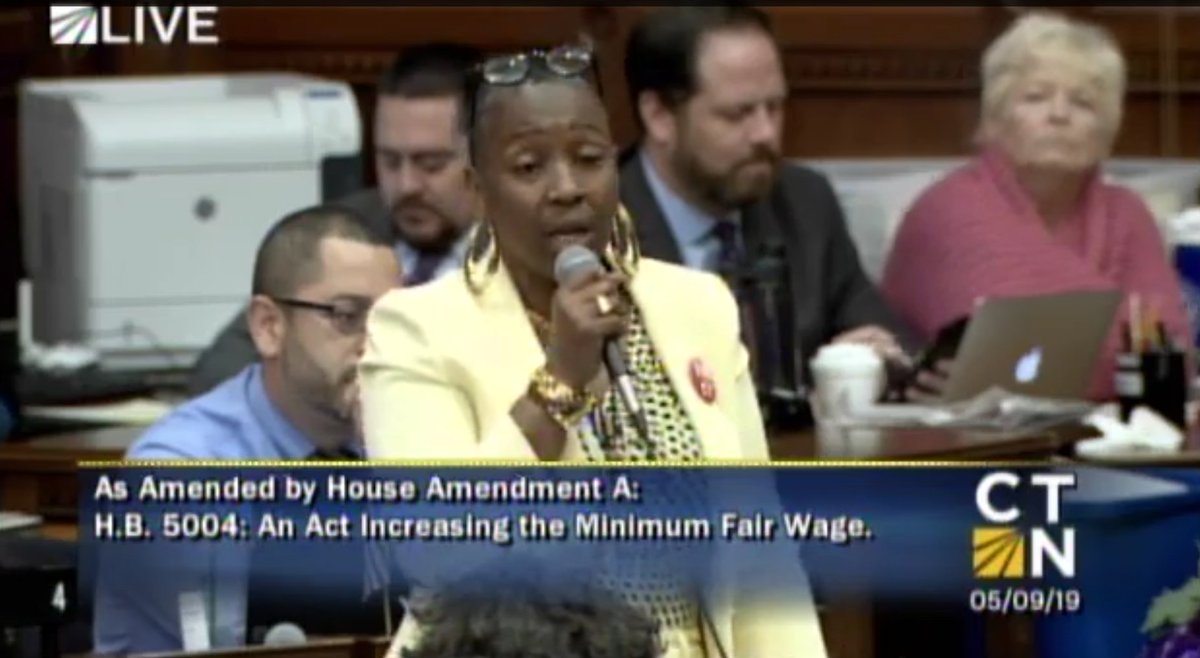