After weeks of tough negotiations and a strong membership campaign, CWA NewsGuild members at The New Yorker won just cause, no exceptions on October 5, ending a 95-year era of at-will employment at The New Yorker. This victory demonstrates that solidarity wins out and in the union there is power! Congrats to NewsGuild of New York members on this hard-fought win. 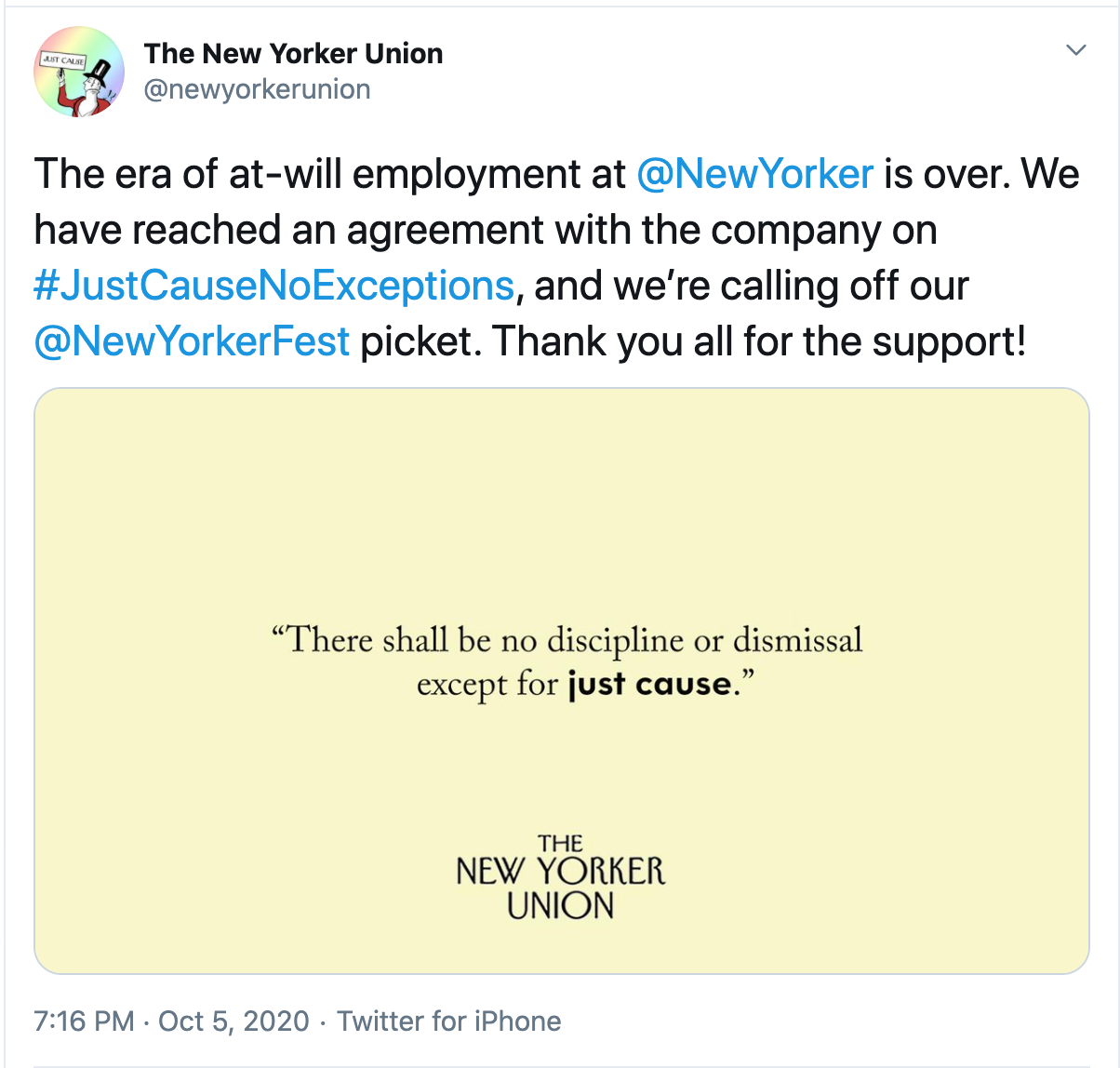 This victory comes after a strong showing of strength by the members and solidarity from powerful allies in planning for a digital picket line at the star-studded and influential New Yorker Festival event, put on annually by the magazine company. Following a letter from the workers, several big-name keynote speakers pulled out, including Massachusetts Senator Elizabeth Warren and New York Congresswoman Alexandria Ocasio-Cortez.

“The NewsGuild and The New Yorker Union are fighting for basic dignity on the job, and we stand with them,” they said in a joint statement to The New York Times. “We will not cross the picket line and attend the festival unless the New Yorker leadership agrees to the union’s demands — they should do so immediately.”

“Today’s victory — enshrining just cause, no exceptions — is a testament to the strength of solidarity, the bravery of our members, and the power of the union,” said Susan DeCarava, President of The NewsGuild of New York. “While we still have to negotiate the rest of this contract with The New Yorker, this is a huge step toward that goal. We look forward to continuing bargaining for a strong, fair first contract.”

Read more about the Just Cause victory here.