Maine workers scored a huge victory last week with the passage of a bill that will require businesses to give more advanced notice before any closures and layoffs. The bill, which began as a call center bill only and was later expanded to include all businesses with more than 100 employees, was voted on in the State House on April 30th by a count of 78-50, and then quickly moved to the Senate where it was passed 21-14.

“The passage of LD 201 is great news for working people in Maine. I congratulate the members of CWA Local 1400 for their persistence in lobbying for this important piece of legislation,” said Dennis Trainor, Vice President of CWA District 1. “When workers stick together we get results."

“It would add a lot of comfort to know that I have another four weeks of paychecks if the company were to close,” said Pat Bureau, a call center worker and Local 1400 member who was at the State Capitol in Augusta on April 30th to lobby for the bill.

The bill was sponsored by Maine House Rep. Michelle Dunphy, a former call center worker and CWA member who championed the bill along with Senna Bellows in the Senate, the Maine AFL-CIO, and the Maine People’s Alliance. 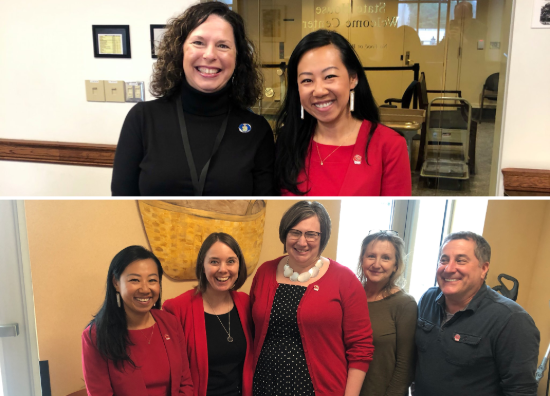